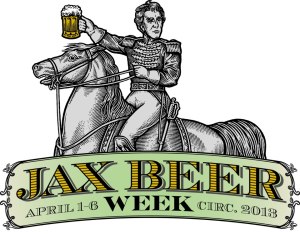 Florida Mega Tap Takeover with over 50 Florida beers. Breweries that will be represented at the event include:

The Engine 15, Engine 15 Tap Takeover. The guys at the Engine have been working hard to make this year’s Jax Beer Week event special. What better way to do that than to take over all their taps with all their own beers – 51 of them to be precise, plus one in a firkin.