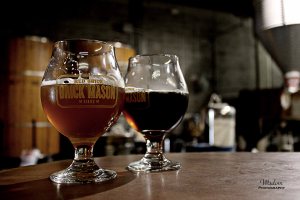 Beer is a social beverage. In its earliest incarnations, man drank beer for sustenance and ritual; in more modern times it is the beverage of choice at neighborhood pubs and tap rooms filled with friendly patrons willing to share a story as well as a pint.  Beer is also a beverage that is steeped in the richness of its own history. It has been used as an offering to the Gods as well as nourishment during the most of holy times.

But, what do you really know about beer? Here are seven of the most common questions about our favorite adult beverage with answers that may surprise as much as they enlighten.

Simply speaking, beer consists of only four ingredients; barley malt, hops, yeast, and water. Over the centuries, these ingredients have been adjusted due to shortages or taste, but from these simple beginnings beer has sprung.

Beer, in one form or another, has been with us for a very long time. Archeological discoveries have found evidence that beer has been enjoyed for over 9,000 years and most likely started in what is now Iran.

3.       Did beer really play a role in the establishment of the United States?

There is a lot of disagreement and speculation on this topic. But, most historians agree that beer was definitely a staple on the Mayflower and that supplies were a serious source of concern to the sailors and passengers.

This distinction falls on Brewmeister’s Armegeddon, a brew that weighs in at 65% alcohol. The Scottish brewer of the beer describes it as, “malty, hoppy, slightly sweet and lots of yeast still in the beer.”

For most Americans, a keg refers to what is technically a half barrel. That being the case, a half keg is equal to 15.5 US gallons or 1,984 ounces. This works out to a little over 165, 12 ounce beers.

Hardly. Beer predates the Germanic people by more than 6,000 years. But, it could be argued that, while the Germans did not invent beer, they certainly made an indelible mark on its history and development.

Most would likely answer Germany to this question. But, they would be wrong. On second guess the answer might be Ireland. But, again that would be wrong. This distinction falls to the Czech Republic where 132 liters (nearly 35 gallons) of beer are consumed annually per capita.

Questions still abound about beer but, at least now you know the answers to a few. The next time you are quaffing your favorite brew among friends at your neighborhood tap room you will have a few handy facts to add to the conversation.

One response to “7 Questions about beer answered”