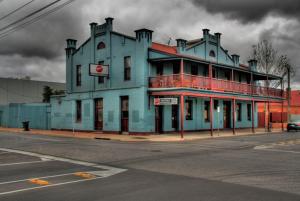 SELL out crowds will be following some of the world’s most renowned brewers to South Australia’s temple of beer, the Wheatsheaf Hotel, for a five day festival devoted to flavor.

The hotel is well known for its extensive craft brew list, constantly rotating taps, special tap-takeovers, wine and fine scotch and whiskey collection, but the Wheatsheaf is about to start its own craft endeavor.

Publican Jade Flavell described the fun of working with the talented international team.

“There’s fantastic beers and we literally get to rub shoulders with some of the best beer brewers in the world at the moment, certainly some of the most exciting. Then we’ll get to try the beers we brew with them when we launch, at this point we’re looking at early July,” she said.

Most days of Good Beer Wheaty Yeastie festival will start with the Wheatsheaf crew brewing behind closed doors with their special guests, followed by a ticketed tasting event and finally a tap takeover at the bar by the day’s featured brewers.

There are also special events dedicated to tasting off tastes in beer and other odd characteristics that one might describe as ‘bootleg’.

The festival’s ‘Skunkhour’ event asks the question (in their own words), “How do we convince people at a Good Beer Wheaty Yeastie tasting to pay money to drink bad beer?”

“Education” is Flavell’s answer. Dr Paul Gooding will be providing the hard science on off-flavours in a brew, guiding tasters to the point that flavours and aromatics in beer become faults.

That event will be followed by ‘Is it or isn’t it?’, a tour of the unconventional farmhouse brews that contain, Flavell says, “tartness, a bit of sour, a bit of barnyard funk – they’re beers that beg the question, is that character meant to be in there?”

The Wheatsheaf’s first three beers are all a little experimental, but some are more out there than others.

Thursday will see the Wheatsheaf collaborating with Magic Rock and Birra Del Borgo to make a smoked porter with some mystery ingredients thrown in.

“On Monday – this will be the most challenging I think – we’re brewing a gin and tonic beer with Yeastie Boys and Doctors Orders. The idea of that is a nice light ale, golden ale with some pilsner malt, then some orange peel, juniper and quinine.”

“It’s a combination of dyed in the wool beer nerds, some are just getting in to beer, some just want to try something different and people who like flavour in general. We get all sorts of people turning up, a really wide spectrum of hardened beer nerds and rookies and everyone in between.”

About the visiting brewers:

UK based Magic Rock Brewing Co. was named 2nd best new brewery in the world in 2012. They specialise in modern hop forward beers.

Birra Del Borgo from Italy, founded in 2005, is responsible for much of the drive in the craft beer revolution. They have since opened two breweries as well as two beer houses, including a collaboration with renowned Dogfish Head brewery named ‘Brewery’ and located in New York City.

Hailing from Brooklyn and founded in 2004, Sixpoint tend to disregard set in stone rules for making particular styles of beer, instead mixing it up in all sorts of ways. Sometimes described as ‘philosophical’ brewers.

A gypsy brewery, they don’t own their own equipment but travel to others instead. This turns the process in to a social and educational one, constantly developing their style and brewing a wide variety of beer.

Stu McKinlay of Yeastie Boys is probably the southern hemisphere’s best known brewer. The Yeastie Boys most recent achievements include Champion Beer at the Asia Beer Awards, for their ‘Pot Kettle Black’ and People’s Choice at the Great Australasian Beer SpecTAPular, for ‘Gunnamatta’, an early grey tea IPA.

Doctors Orders are a ‘cuckoo brewer’ – not quite gypsies, they take over their friend’s breweries in order to craft their product. Doctors Orders made beers are typically based on historical, rare or emerging styles, but balanced – so you can have more than one.