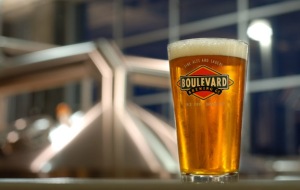 One of my favorite breweries from the mid-west is finally making its way to Florida thanks to an agreement with Brown Distributing. Look for Boulevard Brewing Company’s beers to enter the market over the next few weeks. For more details check out the press release below.

September 10, 2014 – Kansas City – Just days after adding northern New Jersey and eastern Pennsylvania to its distribution territory, Boulevard Brewing Company today revealed that its beers will soon be available in Florida. Late last week, the brewery inked an agreement with Brown Distributing, which serves the entire state. With this latest expansion, Boulevard beers will be sold in 28 states and the District of Columbia.

“We’ve been looking at Florida for quite a while,” said Steve Mills, Boulevard’s vice president of sales. “We’ve found the ideal partner in Brown Distributing, and look forward to sharing our beers with the rising tide of Florida craft beer enthusiasts.”

Several year-round beers will be available beginning in early October, including Unfiltered Wheat Beer, the brewery’s most popular offering, Pop-Up I.P.A., 80-Acre Hoppy Wheat Beer and Single-Wide I.P.A.Boulevard’s Smokestack Series will be represented by Tank 7 Farmhouse Ale and Double-Wide I.P.A.Additional seasonals and limited releases will be introduced in the coming months.