Reaction to the Wicked Weed sale to Anhueser-Busch 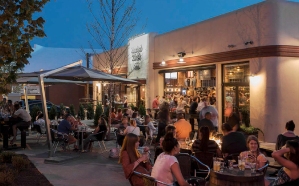 The Internet blew up yesterday on the news of Asheville, NC brewery Wicked Weed’s sale to brewing behemoth Anhueser-Busch. The reactions ran the gamut from utter outrage to disbelief to acceptance. Put simply, it was polarizing news that caused Twitter and other social media outlets to virtually explode with opinions on the matter.

Dumping beers from breweries acquired by A-B was a common theme among craft beer bars, package stores and restaurants. Brew Studs, a Twitter account linked to a popular beer blog of the same name tweeted:

We salute every bar, restaurant and bottle shop who is cutting out #WickedWeed. Cheers to you all! https://t.co/XXhVCpOqT3 #craftbeer

Texas sour and funky beer brewer Jester King regularly collaborated with Wicked Weed and even carried Wicked Weed beers in their taproom. But, with the news that broke yesterday, that all changed.

“This has been a difficult day for us. The news that our great friend Wicked Weed Brewing was acquired by AB In-Bev came as quite a shock,” wrote Jester King founder Jefferey Stuffings on his brewery’s website. “One of our core principles is that we do not sell beer from AB In-Bev or its affiliates…”

“Because of this core principle,” Stuffings continued. “It pains us to say that we won’t be carrying Wicked Weed anymore at Jester King. We think Wicked Weed beer is some of the best in the world. Their talent, techniques, and patience produces some of the most beautiful beer we’ve ever tasted. That, combined with their great friendship, is what makes this decision so tough for us. But like we said, our core values must be paramount at the end of the day.”

Denver, Colo. brewery Black Project also pulled out of a collaboration they were working on with WIcked Weed.

“…We will not be able to lend our name to the unfinished collaboration beer currently aging in Asheville, NC.” Black Project owners James and Sarah Howat said on their website. “Additionally, the beer we brewed with Wicked Weed here at Black Project will be blended with other existing aged beer we have on hand to make something totally different which we will not consider a Wicked Weed collaboration.”

Breweries are also pulling out of the Wicked Weed Funkatorium Invitational, a music and beer festival that benefits an Asheville charity that identifies needs in the community and works to resolve them. Both Jester King and Black Project along with Grimm Artisnal, Jackie O’s, Haw River Farmhouse, OEC, Trillium and Wooden Robot have announced they will not participate as planned.

But the shunning from fellow breweries and beer lovers are not the only consequences Wicked Weed has suffered. The North Carolina Brewer’s Guild stripped the brewery of its voting rights and relegated Wicked Weed to only having the ability to be an affiliate member of the guild.

What are your thoughts on the sale? Is it a business move or is it a sell out?