Florida Retail Federation backing down from brewery lawsuit, but breweries not in the clear 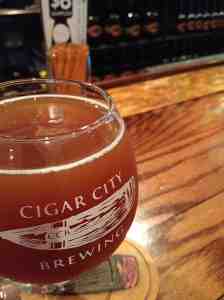 In an article published January 26, the Tampa Tribune reports that the, “The Florida Retail Federation, a statewide lobbying group, is now backing away from its legal challenge to a loophole in alcoholic beverage law that benefits the state’s craft beer makers.”

But, it is not because they have had a change of heart. The group is stepping aside because the Florida state regulators have promised to review the laws on their own.

The challenge is just the latest in a long history of adverse actions Florida craft beer brewers have had to endure. Over the past few years breweries have had to fight Florida legislators to keep from being severely restricted in how they operate. The newest challenge seeks to close the loophole that allows breweries to operate and sell their beer in taprooms adjacent to their breweries. If the loophole is closed, breweries would be forced to sell their beer to a distributor and then buy it back undoubtedly at a markup.

This action is causing a “life or death” situation for young breweries that depend on taproom income to keep their operation going until it can grow large enough to sustain itself through distribution. But, income is not the only reason breweries need tasting rooms. New breweries depend on the word of mouth taprooms provide to raise awareness for their product. The tasting rooms provide a means for potential customers to try the breweries beer without having to search them out in an already crowded market.

The constant legal issues within the state could drive breweries out of the state. At lease one brewery, Tampa’s popular and critical darling Cigar City Brewing Company is looking to set up in a more brewery-friendly state. In a  story aired on Tampa’s Bay News 9, Cigar City owner Joey Redner said he is looking for a location in the Carolinas.

Another Florida brewery with a very vocal owner, Intuition Ale Works, has been barraging social media with information and please for support. Intuition’s owner, Ben Davis, has issued a Call to Action asking for support from craft beer lovers statewide. A legal defense crowdfund ( https://www.indiegogo.com/projects/save-florida-s-craft-breweries) has been set up to help with the legal battle to come.

Intuition also has reveled a bit of sarcastic humor aimed at the situation. On January 26, the brewery quietly sent an email to its followers announcing Intuition Ale World. The email goes on to describe the land as, “Boasting interactive 3D brewery tours, the tallest steel roller coaster in Jacksonville, a restaurant serving world famous beer brats, loads of thrilling water attractions, award-winning live entertainment and weekly festivals and concerts.”

A website with a concept drawing has even been produced and can be viewed at: http://intuitionaleworld.com/

For the past few weeks rumors and questions have been swirling around regarding the closure of Mile Marker Brewing Company. On Sunday, June 8 some answers to those questions were revealed. In a post on the Beer in Florida blog, run by Florida Breweries author Gerard Walen, the text of a note taped to the tap room door is revealed.