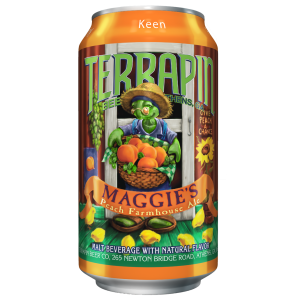 Beer is a many splendor thing, whether it is in the form of an IPA, stout, kolsch or pale ale, there is an ever-changing kaleidoscope of flavors to choose from. And craft beer lovers like it that way. All one has to do is pay attention to the weekly offerings at many of the local breweries to see that mid-week most offer a variation to one of their current brews. Be it an herb-infused saison or an IPA aged on fruit, variety is the name of the game.

One of the hottest emerging trends in the world of craft beer is fruit-infused brew. Sure, the Belgians have had fruit in their beer for more than a century. Breweries such as Brasserie Cantillon in Brussels created Framboise (raspberry) and Kriek (cherry) lambics more than 100 years ago. Lambics are a style of ale that is not inoculated with yeast; instead it is allowed to spontaneously ferment from yeast present in the air that gets to the beer via open air cooling vessels often located on the roof or the top floor of the brewery that is open to the outside.

As a modern phenomenon, fruit beers come in several iterations; fruit additions to typical styles like IPAs and stouts, styles that have traditionally included fruit or fruit syrup additions like Berliner Weisse and hybrid styles that are created specifically to highlight fruit flavors like apple ales.

A trip to your local beer monger will reveal an ever-increasing shift towards fruit-flavors in familiar styles. The highly-rated IPA Sculpin from Ballast Point Brewing Company of San Diego, Calif. now comes in a wide array of fruit flavors like grapefruit, pineapple and even habanero (yes, peppers are technically fruits). Another style that has had the fruit-infusion treatment is farmhouse ale. This style, akin to saison, has been refreshingly imbued with peach by Terrapin Beer Company of Athens, Ga. in their Maggie’s Peach Farmhouse. Wheat beers are also frequently amped up with fruit flavors. Traditional Belgian wheat beers often include orange peel in the brewing process, but American brewers like 21st Amendment have upped the ante by adding watermelon in their Hell or high Watermelon.

Berliner Weisse, a German sour wheat beer, was traditionally served with raspberry (Himbeersirup) syrup to balance the tartness. Today brewers create their own riffs of the style by adding fruit directly in the beer during fermentation. Locally in Jacksonville, Aardwolf Brewing Company has created several variations of their Lactic Zeppelin Berliner Weisse with guava and passionfruit.

Samuel Smith’s The Old Brewery in Tadcaster, England produces several fruit beers that defy any other style categorization. One of their best is Samuel Smith Organic Strawberry a spontaneously fermented brew with tart and sour flavors similar to a Belgian lambic. The addition of strawberry juice adds some sweetness to balance the flavors. But, perhaps the fastest growing flavor among fruit beers is apple. With the growing popularity of hard cider, companies like Redd’s (part of the Miller Brewing Company) are capitalizing on the fruit beer trend. Available in several flavors, Redd’s is an apple-flavored beverage that is brewed like a beer rather than simply fermented like a cider.

Whether you are a purist and think beer should taste like, well, beer or a progressive and accept the current flood of fruit beers hitting the market, one fact is certain; brewers are going to keep experimenting with new fruits and flavors. You may as well relax, fill a cooler with ice and add some refreshing fruit-infused brews for enjoying on the back porch on the coming hot summer nights.