OAKLAND PARK, FL – Get ready to put your feet in the sand with a beer in your hand: Pineapple Beach, a tropical and refreshing blonde ale kissed with gnarly waves of juicy pineapple, is arriving next month in six-pack, 12-ounce bottles! This newest addition to Funky Buddha’s year-round lineup will be available on February 1st at major retailers throughout Florida for a suggested retail price of $9.99.

Pineapple Beach will be the first new year-round offering from Funky Buddha Brewery since early 2016. This tasty blonde ale is made with pilsner malt and a touch of wheat for a crisp, light body. A dose of citra hops add a floral, heady aroma and dry finish, while just enough real pineapple is added to capture the tropical vibe without making the beer overly sweet or fruity.

“Pineapple Beach fills a demand that we’re seeing for sessionable beers that appeal to a broad range of craft consumers,” says KC Sentz, co-owner and general manager of Funky Buddha Brewery. “It’s easy-drinking but flavorful, which is exactly what our customers have been asking for.”

The launch of this new, year-round beer kicks off a big 2017 for Funky Buddha. The brewery plans to begin a new expansion this year that will see it’s capacity and size grow significantly, allowing its beers to be sold out of the state of Florida for the first time. Other 2017 releases will include an expanded portfolio of it’s “Little Buddha Small Batch” line of beers and an expanded barrel-aging program that will produce over 500 BBLs of highly sought after brands this year.

For more details on Pineapple Beach and where to find it, please visit funkybuddhabrewery.com.

During this time of year it is not uncommon for breweries to release their heavier beers. For instance, last month Funky Buddha Maple Bacon Coffee Porter was release to great fanfare at the brewer’s South Florida brewery. Closer to home, this weekend Jacksonville brewery Intuition Ale Works is releasing its annual Underdark Imperial Stout and next month Tampa brewery Cigar City will host a beer festival where they will release their Hunahpu’s Imperial Stout.

All three of these release events draw heavy beer fans from all over the state and region. Fans stand in line for hours to get their hands on their allotment of these highly-coveted and extremely-limited bottles. Often, the hearty souls share bottles of other high-end brews among themselves as they wait.

Scoring a bottle of these brews is akin to catching a home run baseball at Camden Yards, it is something beer aficionados treat as a badge of honor. Many collectors have multiple vintages of the beers aging in their beer cellars and bring them out only on special occasions.

But, what happens if you cannot make one of these bottle release extravaganzas? Well, there is always the beer trading circuit. If a collector has a bottle that is desired by another collector a trade may be negotiated. Or, if a taste of the beer is enough to satiate craving, bottle shares are common within the craft beer community.

Another way to score a taste of these rare beers is to watch for tasting events at local bars and bottle shops sponsored by the breweries. For instance, if you were unable to make the pilgrimage to South Florida for the Funky Buddha Maple Bacon Coffee Porter release event last month, your chances of tasting the brew are not lost. In a recent post on its website, the brewery has announced that the beer is going on tour throughout Florida.

Over the next few months you will likely see several tastings of Underdark pop up around Jacksonville and other markets where Intuition beers are sold. Hunahpu’s though is a rare find on tap. It may show up in one or two places after the bottle release, but traditionally it is pretty hard to find.

So, if you are after these big beers, it is best to try to make it to a bottle release. But, if that is not possible, ask around at local beer pubs about bottle shares and watch for special tappings. For lovers of big beers, the brews discussed in this article are more than worth the effort to find them.

At a time of year when every brewery in North America is releasing their version of pumpkin ale, Funky Buddha is bucking the trend and releasing a beverage brewed with the other Thanksgiving season staple; sweet potatoes. Four-packs of the brewery’s Sweet Potato Casserole Strong Ale will be dropping into retail outlets the week of September 1.

John Linn, Funky Buddha’s Brand Director, says of the brew, “Funky Buddha’s September through November seasonal is fresh out of the oven and ready to party.”

Linn describes the beer as presenting flavors of marshmallow, fall spices and sweet potato like any respectable mom would put into the iconic casserole. And, at 7.9% ABV, the brew packs a wallop mom’s creation does not.

SPC will go on sale at Funky Buddha Brewery in South Florida at noon on September 1 for $11.99 per 4-pack. It will also see full state distribution through Brown Distributing starting that week. Expect SPC to arrive in all major retailers including Total Wine, Whole Foods Market, ABC Fine Wine & Spirits, The Fresh Market, Trader Joe’s, and select Publix locations. 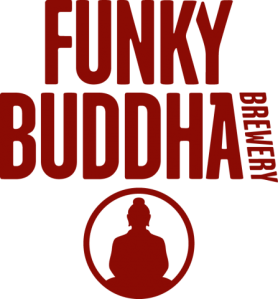 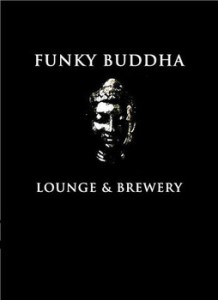 Beer lovers throughout the state of Florida have no doubt heard of Funky Buddha Brewing Company located in the southern region on the state near Fort Lauderdale. The brewery specializes in creating outlandish brews with names like No Crusts Brown Ale, Tripel Lindy Belgian Tripel and Fuhgeddaboudit Red Ale. And, if the names sound crazy, the flavors are just as over-the-top. No Crusts Brown Ale, for example, is a peanut butter and jelly flavored beer that is truly amazing in its ability to differentiate and highlight each flavor. One truly tastes the peanut butter, raspberry jelly and bread in the brew.

But, in the month of January, aficionados of the brewery eagerly await the new release of what some have called one of the best porters on the face of the planet: Maple Bacon Coffee Porter. The beer will be packaged in 22 ounce bottles and sold exclusively at the brewery on January 10, 2015. The bottle release will be part of a day’s worth of festivities that will include food trucks with breakfast-themed pairings, live music, and multiple bars both indoor and outdoors.

The brew has the distinction of garnering some of the highest scores on two of craft beer’s most popular rating websites; 100 out of 100 RateBeer.com and 99 out of 100 on BeerAdvocate.com. One reviewer from Denmark said of the beer, “I just love how the maple syrup, coffee and chocolate notes blend together into something that reminds me of great chocolate confectionary or perhaps an American breakfast.”

Bottles of the sought-after brew will be available at the brewery only and are limited to four per person. Each bottle will sell for $15 and sales will commence at 12:00 p.m. on the day of the festival. When you make your purchase you will be given a ticket for each bottle you purchase and a wristband. Bottles may be picked up from 4:00 p.m. to 7:00 p.m. and you must present your wristband and tickets at that time.