Black Friday is getting a little bit blacker this year with Goose Island’s announcement that this year’s Bourbon County Brand Stout (BCBS) release will include seven variants of the highly-coveted brew. The glut of variants come courtesy of some lost barrels that were recently found and an abundance of great brewing ideas.

As is expected, the anchor of the BCBS line is its original stout aged in fresh Heaven Hill bourbon barrels. The brewery’s website promises that this year’s edition will be good as ever and possibly a touch heavier in alcohol content.

Like the original, this year’s barleywine has been moved to fresh bourbon barrels. Because of this move, imbibers can expect higher alcohol content as well.

Intelligentsia’s Black Cat Espresso was used in the coffee variant this year marking a hearkening back to the first year BCBS was offered with a coffee variant.

Brewmaster Jared Jankoski says on Goose Island’s website that this year’s national variant, “Is from a concept that has bouncing around in my head for a couple years, combining some of my favorite flavors – blueberry and almond.”

Jankoski goes on to say that the almonds add a marzapan-like character that compliments the blueberry notes beautifully.

One of the most sought-after variants of Bourbon County Brand is the Proprietors. This year’s version is a blend of flavors that features bananas, cassia bark and roasted almonds.

The two new variants that will surely be the hottest bottles on Black Friday include what Goose Island is calling Bourbon County Brand Reserve Stout. This special edition consists of the BCBS base aged in freshly emptied 11 year old Knob Creek barrels.

The second extra variant comes courtesy of some long-lost barleywine barrels. Once found it was discovered that the barrels had been lost for two years and had aged superbly. Wanting to make the beer even more special, it was transferred to 35 year-old Heaven Hill barrels where it remained for an astounding 20 months.

With variants like this year’s the annual BCBS release on Black Friday is sure to be even more popular than in the past. My suggestion, if you want all to variants, start saving your pennies now and plan to line up very early in the morning on the day after Thanksgiving. 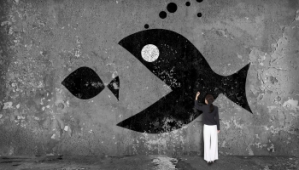 Over the past 10 years craft beer has been experiencing an incredible renaissance. The beers that were once novelty items relegated to obscure shelves at the local grocery or liquor store now occupy an entire section of the beer section at many stores. But, just like in the stock market, with such phenomenal growth comes the inevitable correction. That means that, because of economic factors some breweries will likely close or seek out other options to remain viable. Today, it is quickly becoming the norm for craft brewers to form coalitions, merge with other breweries or get bought by the big breweries.

Greg Koch, the outspoken craft beer advocate and owner of Stone Brewing Company in San Diego, Calif., secured $100 million in April from a group of “independent investors,” that will be used to acquire “minority, non-controlling” stakes in craft breweries. His finance platform called “True Craft,” is designed to help craft breweries avoid being bullied into selling to the big breweries.

“They can make their own decisions about their future,” Koch said in an article in industry magazine Bevnet. “They can stay independent. They can get financing and flexibility that they need to flourish, while keeping their soul and control.”

In March, Colorado-based Oskar Blues Brewing Company used a similar tactic to add Tampa’s Cigar City Brewing Company to their portfolio. Through a Boston private equity firm called Fireman Capital Partners, Oskar Blues has been able to bring Cigar City under the same umbrella as Perrin Brewing, and the Utah Brewers Cooperative outfit that includes the Wasatch and Squatters brands. The coalition strengthens each brewery individually and allows them to retain their own unique presence while providing an influx of financial security and access to surplus production facilities at Oskar Blues’ Colorado and North Carolina breweries.

In February of this year, two prominent East Coast breweries, Southern Tier and Victory announced that they were merging breweries under the title Artisanal Brewing Ventures. Under the new arrangement, both breweries will retain their own identities and creative control, but will join forces for marketing and distribution.

“Like-minded brewers,” said Victory Brewing founder, Bill Covaleski in an interview on TapTrail.com, “Such as Victory and Southern Tier can preserve our character, culture and products by standing together. Allied we can continue to innovate and best serve the audience who fueled our growth through their loyal thirst.”

Finally, there is a growing presence of the big beer brewers in the world of craft beer. And this is a point of much consternation to many craft beer drinkers who fear that “Big Beer” will ruin the innovation and imagination found in many craft breweries. Breweries that do sell to Big Beer are often reviled by many in the craft beer community. But, despite the shouts of “Sellout!” that permeate the Internet when another craft brewery sells, beer connoisseurs still line up for beers such as Goose Island’s Bourbon County Brand Stout. Goose Island sold to Anheuser-Busch/InBev in 2011. Since then there has been a slew of craft brands bought by non-craft breweries such as Constellation Brands’ purchase of Ballast Point Brewing, Heineken’s purchase of a 50% stake in Lagunitas Brewing Company and, most recently, MillerCoors’ purchase of Terrapin Beer Company in Athens, Ga.

How will all this buying and selling within the confines of craft beer affect the overall industry? The jury is still out, but for the short-term it does mean that brands will be more available to more beer-lovers. And, how could easier access to good beer be a bad thing?

One of the craft beer world’s most coveted annual releases is brewed in Chicago, Ill. by Goose Island Brewing Company. But, the story of how Bourbon County Brand Stout is comes to be does not just take place there. As a new and beautifully shot, documentary commissioned by the brewery shows, The story winds its way through the distilleries of Kentucky and the white oak forest of Missouri’s Ozark Mountains. The documentary was shot over the course of a year and recounts the hard work so many people put in to create Goose Island’s masterful brew.

Back to the documentary though. Because Bourbon County Brand Stout is such a labor intensive product and so many hands touch that process, Goose Island thought it would be a good idea to make a documentary that illustrated just how this remarkable beer is made. From the loggers who harvest the white oak that coopers use to make bourbon barrels to the master distillers that fill those barrels with bourbon and use them only once. The film follows the thought process of how the idea for the beer came about and the highly inefficient process — the yield of each batch is only about 60% — and how variants of the beer are brainstormed and chosen.

In all, the documentary titled Grits & Grain consists of nine chapters that will be released each Friday leading up to this year’s Black Friday release date. Music for the entire movie was provided by folk band The Black Oil Brothers. You can few the first chapter of Grits & Grains below. Watch for future chapters on the brewery’s YouTube page. 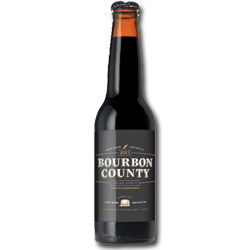 For many, the day after Thanksgiving — referred to as Black Friday — is a day of getting up before the rising sun, standing in lines for hours to grab great prices on electronics and other gifts meant to reside under a Christmas tree. But, for beer lovers in the United States it means something different. Black Friday marks the annual release of Goose Island Brewing Company’s coveted Bourbon County Brand Stout (BCBS).

Once a year the brewing experts at Goose Island pull out all the stops and release several varieties of this brew that has been rated as one of the top 20 beers in the world. This year, the brewery has gone over the top in several cities including Jacksonville, Fla. to host a release event that will live on in the memory of those lucky enough to attend. This year’s event will feature partnerships with local artisans Edgewood Bakery and Brew Five Points, in addition to custom Goose Island gifts to the first 200 beer fans in line.

Continuously pushing boundaries and flavor profiles of the lauded beer collection, this year’s BCBS varietals include: Coffee, in partnership with Intelligentsia, Vanilla Rye, Barleywine and Original. First crafted in 1992, Goose Island’s BCBS has paved the way for the art of aging beer in bourbon barrels, and is widely considered the standard of excellence for this specialty craft beer category.

This is the fifth year Goose Island is releasing Bourbon County Brands on Black Friday. In 2013, at the release event in Chicago, more than 500 people lined up to experience the Bourbon County phenomena firsthand. In 2014, with special Black Friday events in additional cities featuring unique collaborations with local artisans from coffee roasters to donut makers, the company expects an even greater turnout.

In Jacksonville, Beer:30 at 1271 King St. in Riverside will host the festivities.

For millions of shoppers in the United States the day after Thanksgiving is heaven on earth. Known as Black Friday, it is the single biggest shopping day of the year with hundreds of retailers vying for their dollars with outrageous sales and incentives. But, for beer lovers, it is also a day awaited all year long. Since 2012, Black Friday is the day that Goose Island Brewing Company of Chicago, Ill. releases its Bourbon County Brand stouts.

For all the details read the press release below.

“The magic of our Bourbon County Brand Stout is the time and unpredictable weather conditions our beer experiences in the belly of each hand-picked bourbon barrel,” said Brett Porter, Brewmaster at Goose Island Beer Company. “Our brewers, much like our fans, are passionate about Bourbon County and we’re counting down the days until Black Friday when we can all enjoy the new variants of the Bourbon County family.”

As the pioneer in the art of aging beer in bourbon barrels, the Goose Island barrel program has set the industry standard, swiftly becoming one of the world’s largest barrel-aged beer producers. First crafted in 1992, the brewery continues to push the limits of their lauded Bourbon County Brand through diverse variants, including Coffee, Barleywine, Vanilla Rye and a special release just for Chicago. The Friday after Thanksgiving, beer fanatics can now share in the tradition by enjoying the 2014 batch of Bourbon County. This year’s variants include the following:

This is the fifth year Goose Island is releasing Bourbon County Brands on Black Friday. In 2013, at the release event in Chicago, more than 500 people lined up to experience the Bourbon County phenomena firsthand. In 2014, with special Black Friday events in additional cities featuring unique collaborations with local artisans from coffee roasters to donut makers, the company expects an even greater turnout.