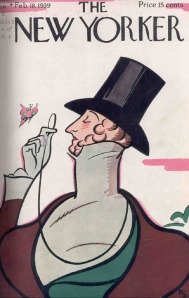 Everyone who reads this blog is aware of the extraordinary growth of the craft beer industry over the past 10 years. To illustrate the explosive character of this growth, The New Yorker magazine has published an interactive online map that brings this phenomenon into focus.

The map uses data gathered by the Brewers Association in 2012 and was released recently. The map shows that Florida ranks around the middle of the pack for total number of breweries, but in the upper range for total output. It also shows that in 2013 Florida saw 10 new breweries open, adding to the output and variety available to residents of our state.

Another exciting tidbit the map points out is that Cigar City Brewing Company in Tampa is considered one of the fastest growing breweries in the country with 77% growth in production in 2012 over 2011. Cigar City is ranked 17th of the 50 fastest growing breweries in the nation. Another notable regional brewery ranked in the top 50 is Highland Brewing Company. The Asheville, NC brewery ranks 33rd on the map with 53% growth in 2012 over 2011.

You can view the entire map and glean your own data by following the link below.

Mapping the Rise of Craft Beer 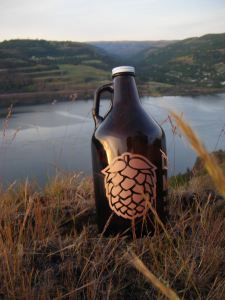 There is exciting news for craft beer lovers coming out of Wisconsin. Just before the weekend, Madison, Wis. newspaper The Capital Times published an article that more grocery stores may begin providing growler fills of draft beer in their liquor departments. Although nothing is official yet, I for one could not be happier about this possibility.

Currently, a Class A liquor license in Wisconsin permits “retail sale of fermented malt beverages (beer) for consumption off the premises. Examples: grocery or convenience stores.” Allowing customers to fill growlers seems like a big opportunity for microbreweries.

Just imagine the possibilities; stores could offer a much wider array of beer. Because most start up microbreweries do not bottle their beer for sale at stores, the only way to obtain their beer is to visit their brewery, or a bar or brewery that may be guest hosting a tap for them. Permitting growler fills at grocery stores would increase the opportunity for craft beer makers to get their product out to the public. And, since most people do not live next door to their favorite brewery, this could make it easier for beer drinkers to obtain their favorite beer.

Scott Stenger, spokesman and lobbyist for The Tavern League of Wisconsin said it is not likely his organization would support the idea. Though no proposal has been made yet, whether one would through legislature is in doubt.

On the upside of the issue, Whole Foods in Milwaukee allows customers to drink pints of beer from their taps as they shop.

“The beer on tap is extremely popular. People grab a beer and do some grocery shopping. It’s a good time,” Mike Buetow, the store’s manager said in The Cap Times article, “The growlers are popular, but the beer on tap is the bigger draw.”

So, while this measure does not seem popular with the Tavern League. I remain optimistic until I hear otherwise. I just hope this opportunity for craft brewers and drinkers alike is not lost in bureaucracy.

Bryan Born is a beer enthusiast, plain and simple. His motto for beer is, “Gotta try ’em all.” Being from Wisconsin he has grown up in a culture that loves its beer and he celebrates the diversity of the fine beverage. He is on a personal quest to visit as many different breweries across the country as possible, to learn and meet as many other enthusiasts as he can.

Down in South Florida, Funky Buddha Brewery made a splash earlier this year with the opening of their bigger and better brewery in Oakland Park. Now, the very same brewery that is legend among Florida beer lovers has announced the release date for their highly-sought Maple Bacon Coffee Porter. First released as a draft-only brew in April of 2011 at their original Boca Raton lounge and brewery, this will be the first time the brew will be bottled for release.

The beer rating website BeerAdvocate.com lists Funky Buddha’s Maple Bacon Coffee Porter as the second highest-rate porter in the world with an astounding 99 out of 100 points and over 50 raving reviews.

Ryan Sentz, Funky Buddha’s founder and head brewer said in a press release, “Maple Bacon Coffee Porter was the first beer that really earned us attention outside of our taproom. I remember thinking how crazy it was that this little brew pub in Boca Raton was being noticed nationally, and our success is definitely owed in part to that.”

The release for the first ever bottle offering of the beer will be marked with a full day of activity specially selected for the momentous occasion. Expect to enjoy live music, five food trucks – some with dishes specially prepared to pair with Maple Bacon Coffee Porter and other special release beers from Funky Buddha and other Florida breweries on tap.

The event takes place on Saturday, January 11, 2014 with bottle sales beginning at 11:00 a.m. Bottle sales are limited to two bottles per person.

Read the entire press release below:

OAKLAND PARK, FL – Get ready, Buddha fans: Maple Bacon Coffee Porter, one of the most highly sought after beers in Florida, will be commercially released in bottles for the first time ever on January 11, 2014. This limited run of 22-ounce bottles will be sold exclusively at Funky Buddha Brewery and be accompanied by a festival atmosphere featuring live music, food trucks, and a host of special release beers on tap.

A true one-of-a-kind beer, Maple Bacon Coffee Porter was initially released as a small batch run at Boca Raton’s Funky Buddha Lounge & Brewery in April of 2011. Since then it has become one of the most heralded porters in the world, earning national acclaim from fans and critics alike. BeerAdvocate.com currently lists MBCP as the #2 rated porter in the world with above 50 user reviews, boasting an overall rating of 99 out of 100. Ratebeer.com also lists the beer as the #1 user rated sweet stout in the world with a perfect 100 out of 100.

“Maple Bacon Coffee Porter was the first beer that really earned us attention outside of our taproom,” says Funky Buddha’s Founder and Head Brewer, Ryan Sentz. “I remember thinking how crazy it was that this little brew pub in Boca Raton was being noticed nationally, and our success is definitely owed in part to that.”

Maple Bacon Coffee Porter’s official release will coincide with a day’s worth of activities at the brewery. Live music from local acts will be scheduled throughout the day in the brewery’s public plaza. Five food trucks – including fan favorites The Rolling Stove and Pescados Unidos – will be serving dishes specially paired with Funky Buddha’s beers. A host of special release brews from both Funky Buddha and other Florida breweries will be available on draft, with very limited beers being tapped throughout the day. Bottle sales will begin at 11am and run until 7pm, and will be limited to two per customer; first-come, first-served.

Evoking a complete diner-style breakfast in a glass, Maple Bacon Coffee Porter is a complex beer with a multitude of flavors at work. It pours an opaque, ebony brew with a frothy tan head. Aromas of sticky maple syrup and fresh-brewed coffee creep forth from the glass. The mouth feel is luxuriously creamy, with layers of sweet malt and roast giving way to waves of smoke, coffee, and dark salted chocolate. The finish is sticky, rich, and sweet, with flavors of maple syrup lingering pleasantly on the tongue.

“Six Beers that Blew Our Minds at GABF” – Serious Eats

ABOUT FUNKY BUDDHA BREWERY: Founded in 2010 in Boca Raton, Florida, Funky Buddha Brewery is committed to producing bold craft beers that marry culinary-inspired ingredients with time-honored technique. Its lineup includes year-round brews Floridian Hefeweizen and Hop Gun IPA, along with specialty releases such as No Crusts Peanut Butter and Jelly Brown Ale and the highly sought after Maple Bacon Coffee Porter. Its Oakland Park production brewery opened in June 2013 and distributes draft beer to over 250 restaurants and bars across South Florida.

If you had not already noticed, Jacksonville’s beer scene is absolutely on fire. In just little over five years our river city has gone from just a few beer-centric restaurants and brew pubs to sporting seven full-fledged craft breweries, scores of beer bars and a healthy amount of restaurants that focus on craft beer. And now comes even more proof that the beer scene is alive and kicking here, Luch Scremin co-owner and brewer at Engine 15, the Jacksonville Beach pub, has announced plans to open a production brewery, tap room and outdoor beer garden on Myrtle Ave. near downtown.

According to a Jacksonville Times-Union article Scremin expects to have the brewery operational in 90 days. It will feature a 20 barrel brewhouse that will allow him to brew his five core brands leaving the smaller four barrel brewhouse at the Jacksonville Beach brewery free to create small batch specialty beers.

A release from the brewery president stated:

“Today is the day that we launch Brew Bus Brewing! Formally Tampa Bay Brew Bus Beer, we intend to separate our successful Brew Bus tour program from our craft beer line of cans to allow for further success for both branches of our business.

Our first can release is our Last Stop IPA. This new brand was well received back in August when it was first released in kegs. A recipe by Josh Brengle, lead brewer at Cigar City Brewing in Tampa, FL, this hop bomb is brewed with Magnum, Centennial, Columbus, Amarillo, Simcoe, and Citra hops. Clocking in at 7.2% this highly drinkable, paler IPA lends towards heavy doses of citrus and tropical flavors. Available distribution in cans and kegs with JJ Taylor Florida Distributing and Brown Distributing.

During the next month you will see our other brands being released in cans, including: Rollin Dirty Irish Red Ale, Are Wheat There Yet? American Wheat Ale, and our all-natural blueberry wheat ale called You’re My Boy, Blue.

We will continue to support our local community wherever we have a Brew Bus location. It has always been my mission to further promote the craft beer movement while increasing the economic impact to local breweries, craft beer bars, and brewpubs.

I am excited to release a brand that celebrates the growing craft beer community in Florida.”