Free Beer from Bold City, All You Have to do is Find Them 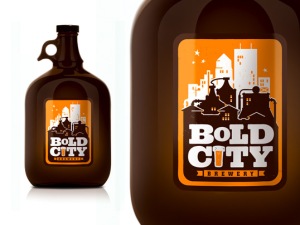 It is sure to be a “Whale of a Summer” for Bold City Brewery lovers as they launch their summer tour and give away plenty of free pints, pint glasses, and T-shirts. In an article on the Amber Waves beer blog of the Florida Times-Union, Ed Stansel advises followers to keep an eye on Twitter for stops on the tour today through Thursday, June 7.

The gang from Bold City will Tweet their location approximately 10 minutes prior to arrival on Twitter and will stay at each location for 45 minutes. Ten lucky customers at each location will receive Killer Whale pint glasses or T-shirts. In addition, the brewery crew will buy pints of Killer Whale for patrons at each stop.

Killer Whale Cream Ale is one of the breweries most popular brews and has been a mainstay in their tap room nearly from its opening. Cream ales were originally brewed to compete with lagers in the Mid-Atlantic and Northeast portions of the United States. They are generally light in color, low in hop bitterness and maltiness; they are generally crisp and smooth on the palate. Killer Whale falls squarely into these characteristics and is a satisfying brew perfect for hot, humid Florida afternoons.