Jax qualifies for BeerCity USA, but the battle is not over yet 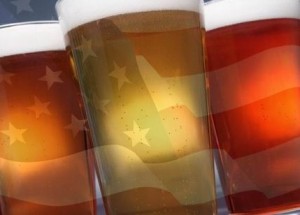 It was an epic battle; one that, though there were no real opponents, it looked as though we were not going to survive. At one point it looked as though we had already lost, then a reinterpretation of the rules took place and we ended up with two extra hours that we did not know we had. In those two extra hours we staged one of the most remarkable rallies ever witnessed on this field. In the end, we came out the other side as victors.

I refer to, of course, the quest for getting Jacksonville on the ballot for BeerCity USA. At times it looked as though there was no way we would make it. Our goal was to obtain 400 nominations by the close of the poll. With an hour to go we were still short over 60 nominations. But, through persistence and the help of other Jacksonville beer-lovers, we managed to cross the magic number of 400 with 13 minutes of poll time to spare. In the end, Jacksonville received 411 nominations, second behind Richmond, Va. which received 517.

But, the quest for BeerCity USA does not end there. Next week, beginning on Monday, May 13, we will have to rally our forces again for the actual voting on which city will be bestowed with the prestigious title of BeerCity USA.  In the running with us is the perennial favorite Asheville, NC. This passionate beer city has managed to win – or tie – for first place all four of the years the poll has been in existence. Our sacred quest now is to unseat the reigning champions and claim the title for our own.

Rally your friends, have them friend Springfield Brew Crew on Facebook, SprBrewCrew on Twitter, or follow this blog for updates. Then get them to vote. The rules are the same as for the poll: one vote per IP address. The city with the most votes will be crowned BeerCIty USA at the close of the poll on Saturday. May 18.