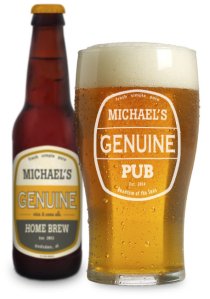 Over the past few years the cruise ship industry seem to be paying more attention to the burgeoning craft beer movement. Earlier this year, Carnival began serving several beers from Florida craft beer heavy-weight Cigar City Brewing Company. Then, just a few months ago, Funky Buddha Brewing Company announced a partnership with Celebrity Cruise lines to serve their brews on board. But, if you are really looking for a craft beer experience beyond just a few lonely beers here or there, you should really look in to a cruise on Royal Caribbean’s Quantum of the Seas.

James Beard Award-winning chef Michael Schwartz worked closely with Royal Caribbean to concoct an on-board experience for those with a passion for craft beers, great food and a laid-back gastropub atmosphere. The results of their hard work is Michael’s Genuine Pub where Schwartz showcases his love for fresh simple foods made with seasonally-sourced ingredients paired with lovingly-created American craft beer.

Craft beers available on the ship will include a selection of brews from well-known breweries such as Goose Island, Blue Point, Left Hand, Brooklyn, Founder’s, Stone and Bear Republic among others. In addition, the pub will feature the chef’s own classic American ale, Michael’s Genuine® Home Brew.

The gastropub concept will be repeated on Royal Caribbean’s Anthem of the Seas when it is completed and delivered in April of 2015.