JJ Grey of Mofro gets his own beer by Rock Brothers Brewing Co. 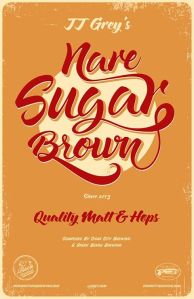 Now the fledgling brewery has created a brew for local Jacksonville musician JJ Grey of Mofro. The beer will only be available at Maverick’s Dance Hall at the Landing in the Jacksonville area.

For more information, read the following press release from the brewery.

Tampa- Rock Brothers Brewing Company has announced that it has created a custom craft beer for the Jacksonville, Florida native, musician JJ Grey.

Grey is the second musical act to partner with the Tampa-based Rock Brothers Brewing, a company that is creating microbrews for musicians across the country.

“We’re really excited to partner with JJ because his band has great name recognition and a very supportive fan base,” said Tony Casoria, a co-founder of Rock Brothers Brewing. “We expect this beer to be really well-received when it hits the market in November.”

True to its model, Rock Brothers will distribute the custom craft beer only in an act’s home state.

Grey’s custom beer will be an ale, and it will be called JJ Grey’s Nare Sugar Brown, according to Kevin Lilly, also a co-founder of Rock Brothers Brewing, Grey’s grandfather inspired the name.

“JJ’s grandfather drank coffee without sugar, or ‘nare sugar’ as he called it,” Lilly explained, “and that stuck with JJ throughout his life.” Lilly said Nare Sugar has a sweetness to it, but it is made without [added] sugar.

The process of creating and naming the beer was a bit of a surprise to Grey.

“I thought Cigar City would let me taste a couple of beers, pick one, then put it out,” Grey said. “Instead, we sat down and talked about it for a while, and during that conversation I was educated on how artful brew mastering really is. We all put our heads together and then these guys went out and created the beer from scratch. The whole process was amazing and I feel really lucky to have been a part of it. In the end, I think I think they made a beer that somehow matches my music sip for sip (or chug) and note for note.”

Nare Sugar Brown’s official release date is the weekend of November 1st and 2nd, when JJ Grey and Mofro perform at Jannus Live in Tampa Bay, Florida and at Revolution in Fort Lauderdale, Florida.

As an additional charitable component to this venture, JJ Grey and Rock Brothers Brewing will donate five percent of the net proceeds of Nare Sugar Brown sales to the Snook and Gamefish Foundation, a not-for-profit 501.3c corporation that serves as a platform for anglers and conservationists to preserve, protect, and enhance game fish populations.

Hunahpu’s Day is coming, be prepared

Tampa Bay Beer Week is less than a month away. The annual event will be chock full of beer events, tastings, and, perhaps the most anticipated day of the year for many Florida beer freaks — the 4th Annual Hunahpu’s Day Release Party set for Saturday, March 9th at Cigar City Brewing.

On Hunahpu’s Day Cigar City Brewing releases its legendary brew Hunahpu’s Imperial Stout. The mere mention of the brew is likely to cause grown men to break into fits of whimsy and has been known to spur spontaneous trips to Tampa from far-flung locations. The beer is brewed only once per year and sold only at the at the brewery and only on Hunahpu’s Day.

According to the brewery’s website, “In Mayan mythology, Hun Hunahpu was the father of the Mayan hero twins Hunahpu and Xbalanque. Hun Hunahpu, along with his brother Vucub Hunahpu, was tricked by the Dark Lords of the underworld and slain. Hun Hunahpu’s corpse morphed into a cacao tree, his head becoming a cacao pod, which in typically awesome mythology fashion, spit upon the hand of a young maiden named Xiquic who promptly became pregnant with the hero twins. The twins would ultimately grow up to avenge their father and uncle and defeat the Dark Lords and ascend to the heavens to become the moon and sun.”

Regardless of the mythical origins of the brew, Hunahpu is a brew you do not want to miss out on. Beer tasters at website Ratebeer give it a perfect score of 100. Cigar City brewer, Wayne Wambles says of his brew,  “Pours extremely dark in color with a brown head with notes of big chocolate and espresso, moderate notes of vanilla and cinnamon and a mild tinge of tobacco and chilis. The flavor opens with a big blast of chocolate and moderate espresso with elements of dark toffee and interjecting threads of vanilla with lingering hints of cinnamon and tobacco and chillies notes with a mild scoville heat in the finish.”

But, if you want it, you had better get there early. The day has grown into such a huge event that the brewery has given very specific information on its website to ensure everything goes smoothly and everyone has a good time. They thought of everything including parking hints and nearby hotel information. If you plan to go, definitely stop by the page first. Just go to www.cigarcitybrewing.com and click the Hunahpu’s Day link in the top navigation bar.

Keep up to date on all the beer happenings and news going on in town by joining our newsletter mailing list at the ALL NEW www.JaxBeerGuy.com.