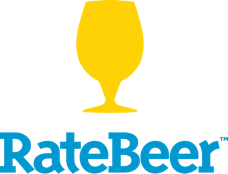 In a climate that can only be described as “highly-volatile,” Anheuser-Busch/InBev has made yet another acquisition. But, this time it is not a craft brewery that the beer giant has purchased. This time a division of AB/InBev known as ZX Ventures has taken a minority interest in one of craft beers most venerable institutions: RateBeer.com. The sale took place in October of 2016 and was announced to the public and RateBeer users Friday, June 2, 2017.

For those unfamiliar with RateBeer.com, it is a website were craft beer lovers can document and rate beers they have tasted. Since the site first went online in May of 2000, millions of beer reviews have been posted on what the owners call the, “premier resource for consumer-driven beer ratings.”

ZX Ventures is a “global disruptive growth group, incubator, and venture capital team,” as described by the company’s website. The goal of the company is to gather consumer data to better anticipate their future needs. This goal is accomplished by mining data from various sources including RateBeer and other sources from all over the world.

The question that is on many people’s minds now is whether RateBeer can fulfill the mission it espouses on its website: “Our mission is to provide unbiased, consumer-driven information about beer and breweries and to enhance the image and worldwide appreciation of beer.” According to RateBeer owner, Joe Tucker, they can.

“ZX Ventures,” Tucker said in an announcement about the sale. “Has the utmost respect for the integrity of the data and the unbiased service we offer to the entire community and industry.”

Tucker goes on to explain that the integrity of RateBeer’s computational methods and reliance on crowd-sourced reviews, “Obviously won’t and cannot change.” He says that RateBeer has a large and loud membership and a data transparency initiative to ensure data will not be manipulated in AB/InBev’s favor.

But, at least one craft beer brewer, Dogfish Head Brewing Company’s Sam Calgione, isn’t buying it and has already spoken out regarding RateBeer’s move.

“We believe,” Calgione said via Dogfish Head’s blog. “This is a direct violation of the Society of Professional Journalists (SPJ) Code of Ethics and a blatant conflict of interest.”

Later in the same blog post, Calgione asks Anheuser-Busch and RateBeer to remove all data relating to Dogfish Head from the website.

“It just doesn’t seem right,” explained Calgione. “For a brewer of any kind to be in a position to potentially manipulate what consumers are hearing and saying about beers, how they are rated and which ones are receiving extra publicity on what might appear to be a legitimate, 100 percent user-generated platform. It is our opinion that this initiative and others are ethically dubious and that the lack of transparency is troubling.”

Calgione fully understands the power that a company like Ab/InBev can wield. In 2011, he had a popular craft beer show called “Brew Masters” that aired on the Discovery Channel. After a short, but successful run of the show that focused on Calgione and his brewery, the series was cancelled. The reason for the cancellation has been widely reported as AB/InBev threatening to pull all advertising on the channel and its affiliated channels if the show continued.

In a Facebook post, the owners of Moonlight Meadery and Hidden Moon Brewing quote ZX spokesperson, Samantha Ross: “It’s really insight. It’s insights into consumer trends. It’s a better understanding of the beer consumer, and the beer markets globally. That’s really going to help us kind of keep our finger on the pulse.”

The Meadery/Brewery’s post then goes on to compare this statement to wartime intelligence gathering.

Among the users of RateBeer, reaction is mixed. Many are condemning the sale, while other congratulate Tucker on working to further the future of the site. Most are conflicted and worry that the site they have loved contributing to for 17 years is now partially owned by a subsidiary of the company they have come to think of as the enemy.

“I do have concerns over impartiality,” RateBeer user The_Osprey posted on RateBeer’s forums. “But, I think the site deserves the recognition and investment and joet (owner Joe Tucker) deserves to put his feet up a bit. I hope the site stays true to what has made it a success so far.”

If, as Tucker has promised, ZX is only interested in the data it can cull from RateBeer, then there is very little for users, brewers and others to be concerned regarding the unbiased nature of reviews on the site. But, as stated in the opening of this article, the craft beer community is in a state of volatility, it feels as if it is under constant attack from market forces exerted by big beer to quash smaller craft producers. The reactions from industry insiders like Dogfish Head and Hidden Moon may be overly harsh, but in this day and age, that is the nature of the game.

Time will tell if RateBeer remains the unbiased source of beer information it has been in the past. This sale inject controversy into an area of craft beer culture that, though accustomed to controversy, should remain pure for the sake of integrity.